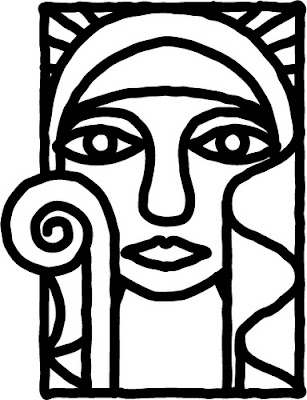 I'm thankful that it agreed the legislation should be returned to General Synod for final approval.

Well, that much is clear - so long in coming, but so far so good. But here comes the fudge, or is it clarification?

The House of Bishops had power (given by February 2012 General Synod) to amend the draft Bishops and Priest (Consecration and Ordination of Women) Measure "as it thinks fit". It has now made 2 amendments. From the Church of England press release yesterday, here they are:

"The House accepted an amendment making it clear that the use of the word "delegation" (in Clause 2 of the draft Measure) relates to the legal authority which a male bishop acting under a diocesan scheme would have and was distinct from the authority to exercise the functions of the office of bishop that that person derived from his ordination. For example, when another bishop ordains someone to the priesthood he needs permission to do from the bishop of the diocese ("delegation"), but the power to ordain derives from his consecration as a bishop. The amendment also makes clear that delegation should not be taken as divesting the diocesan bishop of any of his or her authority or functions.

The House also accepted an amendment to express in the Measure one of the three principles which the House had agreed in December (see notes). This amendment adds to the list of matters on which guidance will need to be given in the Code of Practice that the House of Bishops will be required to draw up and promulgate under the Measure. It will now need to include guidance on the selection by the diocesan bishop of the male bishops and priests who will minister in parishes whose parochial church council (PCC) has issued a Letter of Request under the Measure. That guidance will be directed at ensuring that the exercise of ministry by those bishops and priests will be consistent with the theological convictions as to the consecration or ordination of women which prompted the issuing of the Letter of Request. Thus, the legislation now addresses the fact that for some parishes a male bishop or male priest is necessary but not sufficient."

So far, so baffled? Me too, but help is at hand. Unshaun Sheep has attempted a translation into plain English in The Sheep Unpicks the Worst Press Release Ever. Do take a look. It's really helpful - assuming the interpretation is correct.

But I still don't know if the bishops' amendments are fudge or clarification. Will this help or hinder progress towards women in the episcopate? Will it help to keep on board those who are not willing (or are unable) to accept that you don't have to be a man to be a bishop? What do you think?