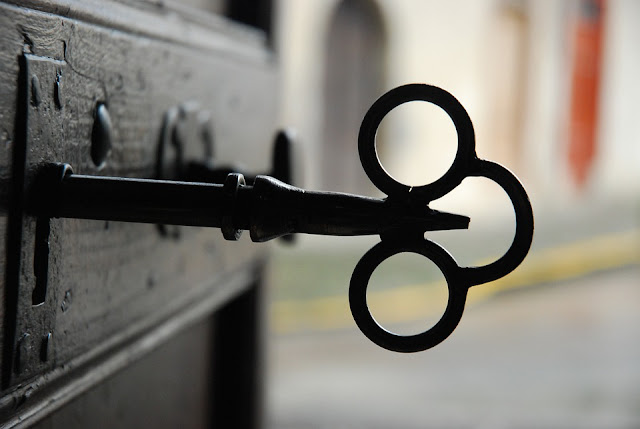 Advent begins today, the 1st Sunday of Advent. Much has been spoken and written about what Advent (4 week season before Christmas) is about. One of its aspects is preparation for an expected coming, the coming of Christ, past present and future. A few years ago, I attended an Advent retreat during which the retreat leader quoted these words from a prayer by a New Guinea Christian. "At Advent we should try the key to our heart's door. It may have gathered rust. If so, this is the time to oil it, in order that the heart's door may open more easily when the Lord Jesus wants to enter at Christmas time! Lord, oil the hinges of our heart's doors that they may swing gently and easily to welcome your coming." from The Lion Prayer Collection, Lion Books 1992, p. 321 Image Credit: Colinfoo, Pixabay Licence
Post a Comment
Read more 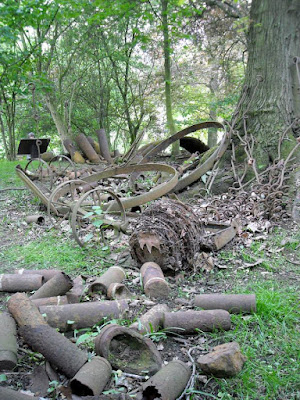 Because this is Remembrance (Armistice) Day, I revisited this photo which I took in 2014, the year that saw the 100th anniversary of the start of WW1. It was in the grounds of the  Hooge Crater Museum  in Flanders, Belgium. Ironmongery from WW1 left in the area of Hooge Crater near Ypres in Flanders is a poignant reminder of the waste of that war that was supposed to end all wars, but didn't. Waste of so many young men and boys, waste of horses, waste of material resources, waste of energy, destruction of farmland and woods. And what was that all for? What did WW1 achieve? And what did the Armistice and the Peace Treaty that followed achieve? The seeds of WW2 among other things. Maybe like me you struggle in the silence to make sense of it all and to crave and pray for true peace to prevail. It's always hard when it seems there are always new wars, bloodshed and violence somewhere in the world today.  I think that's way this poem speaks to me so powerfully today as it has
Post a Comment
Read more 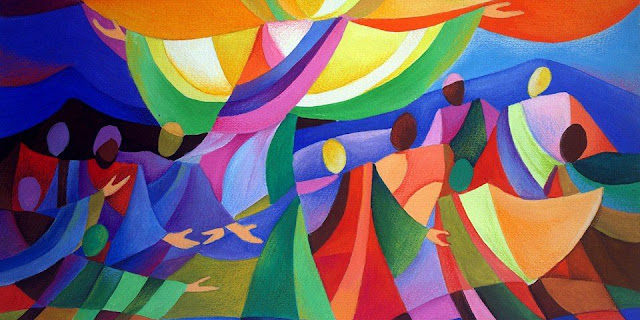 Today is Ascension Day, 40 days after Easter and 10 days before Pentectost.  I seem to have written several posts for this feast day, So today, I will just share this wonderfully colourful image by Ed de Guzman, an artist's interpretation of what is described in Acts 1: 1 - 11 and a prayer based on that same Bible reading. Risen Lord, draw us to you. Let your kingdom come through us to the world as we live as your witnesses until you come again; you live and reign, now and forever. Amen. from A collection of Prayers Image Credit: Image of painting by Ed de Guzman
Post a Comment
Read more
More posts