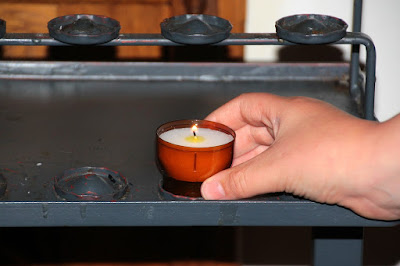 Should Christians pray for the dead?

Or simply remember them with thanksgiving?

In the Church of England the 16th century, reformers made no provision for the observance of All Souls Day (2 November) in the Book of Common Prayer. That was because of its association with abuses of that time, relating to praying for the dead and paying for masses to be said to ease the departed through purgatory, or paying for divine pardons.

"The Romish Doctrine concerning Purgatory, Pardons, Worshipping and Adoration, as well of Images as of Reliques, and also invocation of Saints, is a fond thing vainly invented, and ground upon no warranty of scripture, but rather repugnant to the Word of God."

Having been brought up in a Reformed Protestant tradition, I was taught that praying for the dead was wrong, but always right to pray for the living. I was critical of Catholic friends who prayed for someone after they had died. In my mid-twenties, my view softened when my father died. Having prayed daily for him during his last few weeks with terminal cancer, I found it was the most natural thing in the world to continue to pray for him in the immediate period after his death. It was comforting for me to do so and I don't believe it was wrong. I found myself doing the same when my mother and others close to me died.

In general, what I do now, in public and private prayer is to remember with thanksgiving those who have died and to trust them to God's mercy. Others may do more and I understand that.

So, to return to my first question: should Christians pray for the dead or simply remember them with thanksgiving? There are 2 thoughts that I find helpful in order to give a partial answer:

The Church of England now officially and legally observes today as 'The Commemoration of the Faithful Departed' (All Souls Day). This observance gives an opportunity to remember those saints who were local, personal to us, particularly those who we knew, who gave us life or who were our mentors in Christian faith. It also reminds us of the reality of death and the pain of loss, but in the context of Christian hope. (All Saints Day 1 November is for celebrating all the saints - living and departed.)

So, today I have remembered a number of those who have died who are special to me and held them in my heart before God. Perhaps you could do the same - you do not need to use words.